Ask yourself… what’s real for you right now? What are you actually thinking? feeling? doing?

Are you ready to continue your journey to Emotional Sobriety?

PRACTICUM THESIS: Everything you uncovered about your Anatomy of Emotional Insobriety in your EMSO Essentials Intensive can be re-patterned and re-programmed… leading you to attain a state of greater EMSO (Emotional Sobriety)—true levelheadedness, clarity, and peace in all areas of your life.

UPON COMPLETION OF EMSO PRACTICUM, YOU WILL:

(in-person if local to Northern California or on Zoom)

Each session is 1-2 hours and includes
teaching, group processes, and live coaching

Even though you’ve made improvements, do you sometimes find yourself…

•  Unable to forgive others or yourself

•  Unable to stand up for yourself or others calmly and effectively

•  Returning to an old way of being around familiar circles

•  Irritated or disappointed in any area of your life 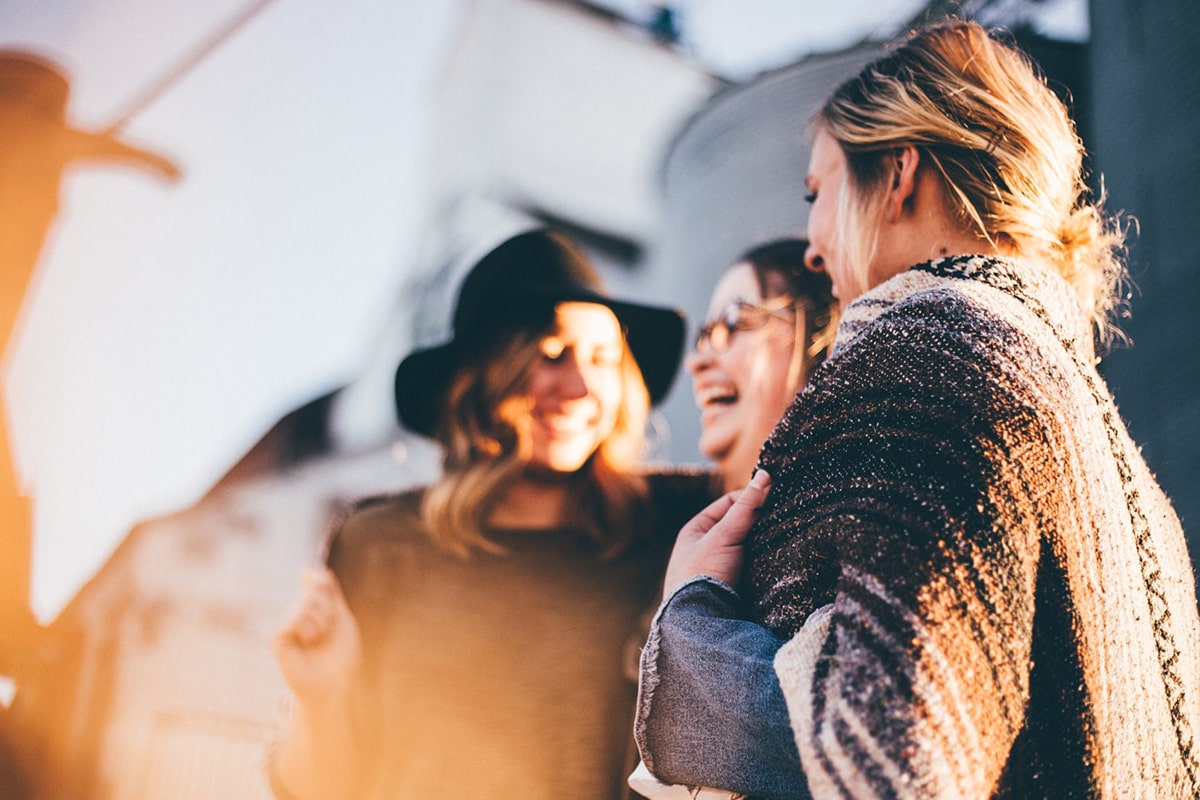 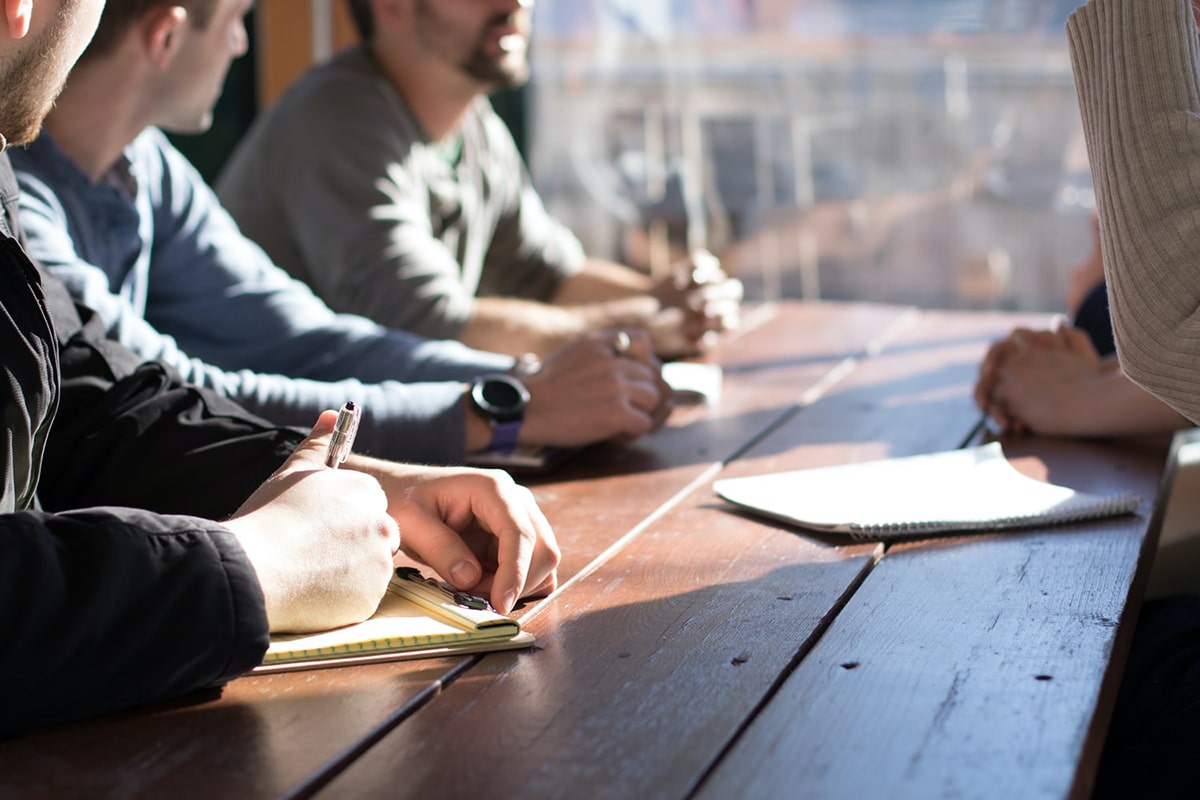 THIS EMSO PRACTICUM IS FOR YOU IF…

For those local to the San Francisco Bay Area, we'll meet in person.
Zoom is also an option. During the live sessions you will receive live coaching through your current challenges, as well as entrain to others' successes.

We'll have regular mid-week check-ins throughout the Practicum, which are optional but recommended to tune in live with your questions and experiences. 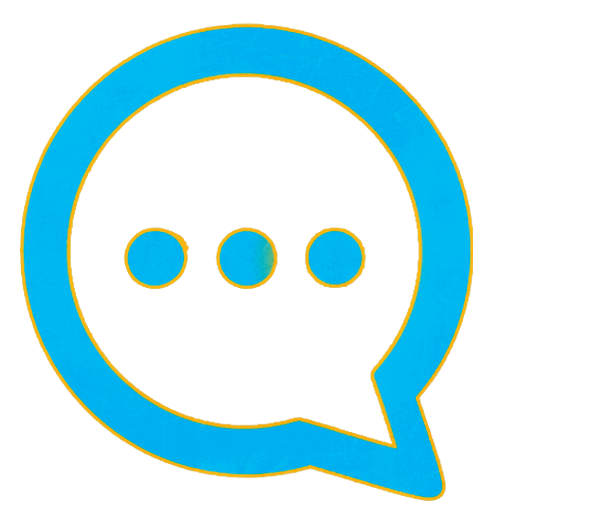 The bulk of this training happens in the EMSO Log, a daily morning and evening practice to help you build self-trust, self-confidence, and train away all aspects of your Intoxicated Identity. You'll receive text message reminders to support this becoming a consistent practice.

This course is built around real training in your everyday life. Don't expect many Take Actions (homework assignments) in this course. This is more about day to day observation of the you you're becoming. 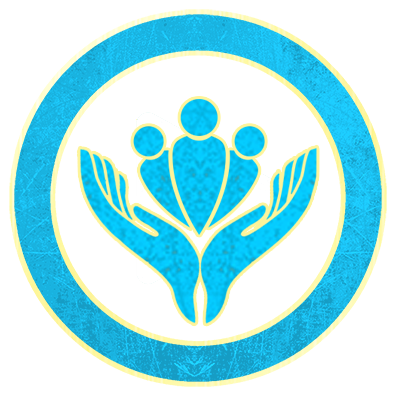 This includes a private Facebook group, being paired up with an EMSO CO if you don't already have one, and a complementary invitation to 3 "Community Connects" which happen every-other week ongoingly.

WHAT WE'LL COVER
in the 5 Teaching Sessions

SCENARIO: Your boss criticizes something you do.

Do you put this through a Trauma Filter? You’ll know that you are because you’ll feel a body signal alerting you to a PANE of anger, resentment, or embarrassment. And/or you’ll have an ETB of defensiveness or childishness, etc.

Here’s a chance to stop and find out what you’re really feeling and doing, and why? You might be filtering what your boss is saying through a Trauma Filter.

THE TRAINING: Get Over Yourself—ask yourself “what is actually existing at this moment?” You might discover “this is my boss and they would simply like something to be done differently.” This is a training opportunity to move away from needing to be perfect in order to be lovable. Eventually, you would realize that your boss’ criticism may in fact be something they are experiencing due to their own emotional insobriety and you can develop the space to have compassion for them!

Soon, this type of interaction becomes something that has no effect on your biochemistry at all. Leading to your levelheadedness, clarity, and peace. Your Practice Reps can be put into use at four different moments: at the moment, afterward, as you self-reflect, in your EMSO Log, and/or we can train in the community on a later call.

Do you see how this is an example of an effective EMSO Training opportunity? And do you see how this training can happen at any moment? Our days are filled with opportunities to train. Unlike training to get physically strong, in your emotional, energetic, and mental strength training, you “never leave the gym.”

We’ve now witnessed more than 100 people devote themselves to the EMSO Essentials Intensive over this last year. Many of you have been quite successful in uncovering your Anatomy of Emotional Insobriety and seeing where it has been in the driver’s seat of all of your problems. You’ve Master Charted and uncovered the you you’ve been being. You may even have begun to make Repairs.

Gaining more momentum in your EMSO Training will increase the rate at which you sober up, emotionally speaking. It isn’t enough to only become aware and acknowledge our Intoxicated Identity. It isn’t even enough to observe it in the moment and know what it is. We have to take rigorous action with great conviction to truly reveal our Truer, Real Self! 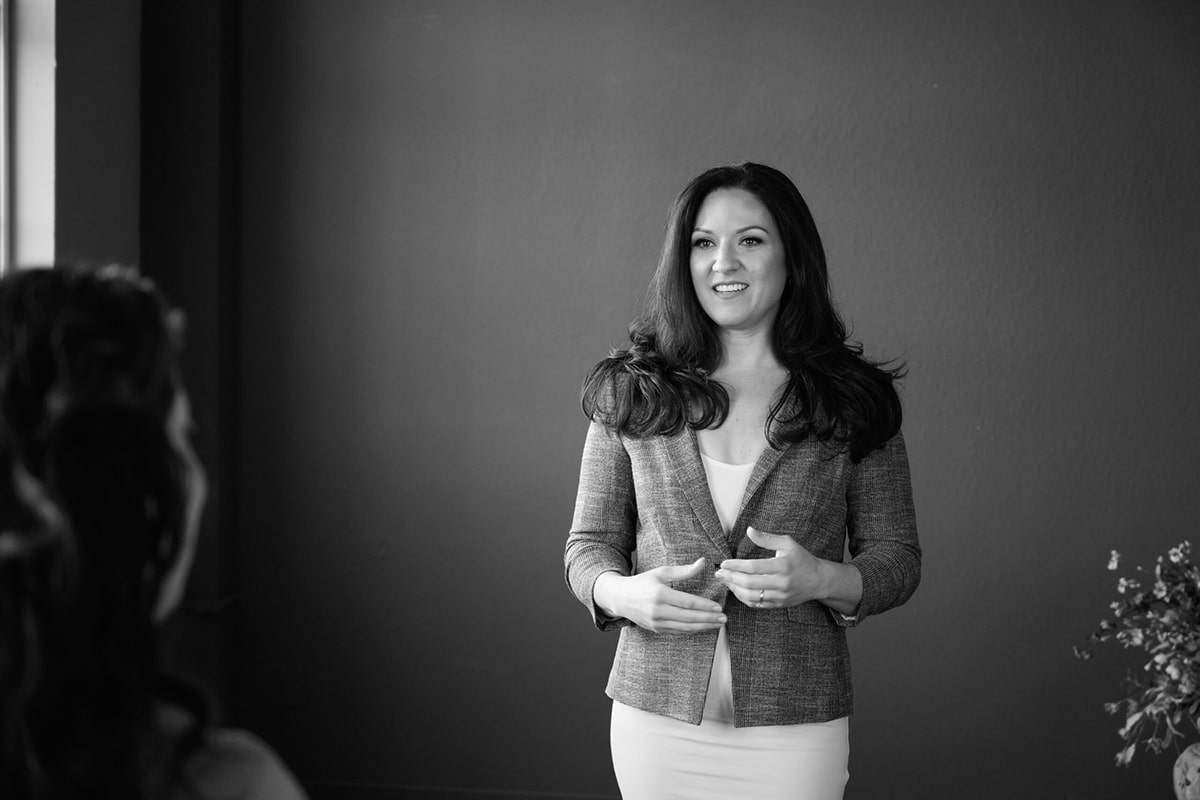 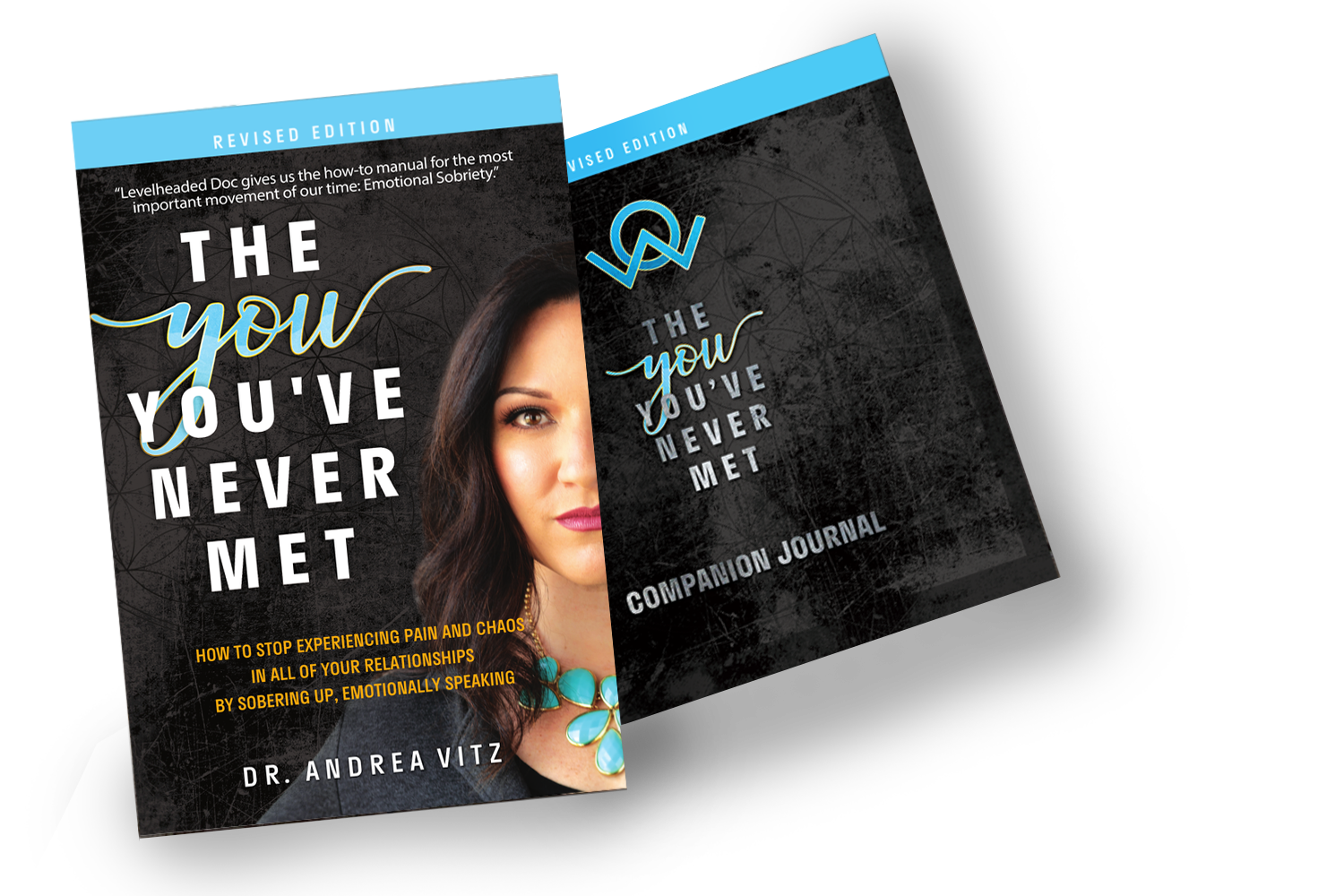 Dr. Andrea Vitz is founder and CEO of Levelheaded Doc, LLC, a educational platform committed to a global Emotional Sobriety movement, and the primary developer of EMSO Training. She is also the co-founder and one of the primary faculty at Lifted Academy where the next movement in human evolution is taking place. She leads others to their own healing by attacking the cause of suffering and addiction, opening the door for reinvention, and being an example of the power to welcome drastic correction and control of their lives. Along with being an Emotional Sobriety Educator, she’s a mother, Doctor of Chiropractic, Life & Relationship Coach, and Strength & Rehabilitation Expert.

Attaining her doctorate from Life Chiropractic West at age 23, becoming a mother at 25, and becoming a business owner soon after, “Dr. V.” hoped her successes were an indicator of certain maturity. It wasn’t until someone she trusted expressed their concern that who she was being didn’t match her statement of what she intended, that she embarked on real change. Here she began her work of self-investigation, self-reliance, and self-metamorphosis. Her efforts as an educator and coach have provided her with countless hours of experience from which to draw. As a result of her intense passion for Emotional Sobriety she was given the name, “Levelheaded Doc” as it applies to both her personal intention and what she encourages in her students. Alongside her process of becoming EMSO, she experienced a major spinal injury. Refusing surgery, with her dogged determination she overcame all of her ails via her desire and practice of being real. Her injury rehabilitation led her from disability to finding strength and earning an elite status in the sport of powerlifting. Dr. V. attempts to excel in many different areas in an effort to better serve her students, clients, and patients. Her belief is that she’s never done growing, improving, and choosing to be an example of inspiration. She lives in California with her husband and daughter while delivering chiropractic in her busy, established practice, teaching strength and rehabilitation, and providing high-level coaching to thousands of students and clients through her proprietary EMSO Training.

Signup for a 1:1 or small group Private Coaching Session with Dr. Vitz at any point in your EMSO journey

"I learned that I have to change how I view myself, set up and begin a process of seeing and reinforcing the
me I choose to be as the way to escape the destructive behaviors I've been captative to."
-Larry Robinson
CPO, Brightplan
Slide 2

"It's begun happening for me! EMSO absolutely changed and saved my life."
- Michelle
Slide 3

"I really like the attractiveness and the organization of the emails."
- Gary

Why is there an application to join the Practicum?

Because we take EMSO Training very seriously, I ask that everyone fill out an APPLICATION for the Practicum. EVERYONE who has completed an Intensive is welcome to be in the next training; we simply need to access where you are on the EMSO spectrum, what you’ve retained, and how to best support you in doing the work necessary to be able to progress efficiently. This keeps the integrity of our community solid by knowing the work our students have done and who is ready to lay down their emotional insobriety.

If you don’t think you’re ready to advance, I’d still like you to apply to see where you are in your EMSO process. Stay connected by doing this.

Is there a payment plan?

Yes! We’ve priced this training in alignment with our other trainings at about $100/week, and are able to stretch that out over 2 months or as needed. Please email levelheadeddoc (at) gmail (dot) com.

Do I need to attend live?

For this course, YES, but you do not have to join in person. We will be live on Zoom as well. We are unable to share recordings unless in the case of an emergency. It is essential that you carve out this 90 minutes/week minimum for the 4 weeks as we will be creating a private container for our students.

How long do I have access to the course material?

Since our 2nd Tier Training is live, there will be no access after the live calls. Handouts will be made available via email and are yours to keep for a lifetime!